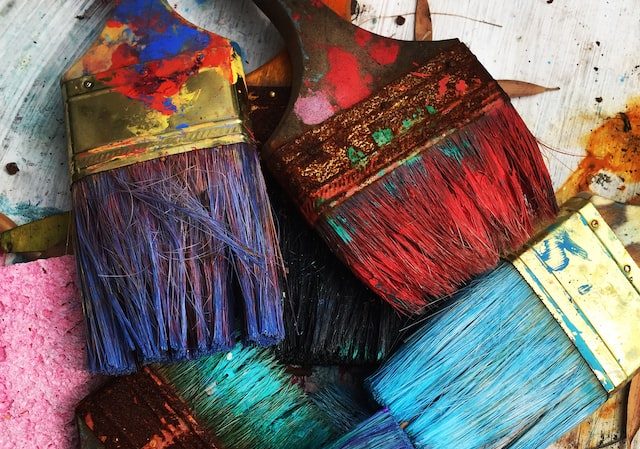 My new book is releasing November 1—just 35 days from now! For the next several weeks, I’ll be blogging samples of it.

My dad liked to walk the neighborhood for exercise and probably his own sanity. When my siblings and I were children, we often accompanied him. I suspect his taking one or two, and sometimes three or four, children for a walk served a dual purpose for our single-income family: he could spend time with us and also reprieve my stay-at-home mom from, well, spending time with us. One of our favorite destinations was the Boy Blue ice cream shop in the commercial plaza along the four-lane main street into town. The seven blocks of sidewalk between our house and Boy Blue were enough to make the walk itself most of the outing. Along the way we’d compete to see who could kick the same rock for the longest stretch of sidewalk, or we’d skip ahead and then wait for everyone to catch up, and for sure we’d chatter about the important decision that lay ahead: which flavor of ice cream?

Along the route one afternoon I noticed slashes of paint on the sidewalks, and I asked my dad what they were for. Rather than simply answering my question, he suggested we form a hypothesis.

“A what?” I asked. I was probably school age at the time, but the curriculum at my elementary school hadn’t reached the scientific method yet.

Dad went on, telling me to observe where the slashes occurred and notice what similarities the locations had. For the next couple of blocks, I paid closer attention to the slashes and the sidewalks and soon concluded that all the sidewalks with paint had cracks.

“Why do you think there’s a paint mark on those sidewalks? What do you think the paint means? That’s your hypothesis.” He went on to explain how to test a hypothesis and either discard it or move toward a theory if there was enough evidence.

I walked and talked many miles of sidewalk with my dad in the years that followed this trip to Boy Blue, but this lesson in the scientific method is the only conversation I clearly remember. When he could have simply told me that city crews were preparing to replace broken sidewalks in the neighborhood, he instead taught me how to see the world. Observe things in context. Reflect on them. Test your ideas. Be willing to be wrong. Try again.

It was a lesson I would return to again and again in the years to come.

Excerpted from chapter 1 of Wendy’s new book, Every Road Goes Somewhere: A Memoir about Calling. Subscribe below to read the entire first chapter.