Minding the Melody of a Marriage 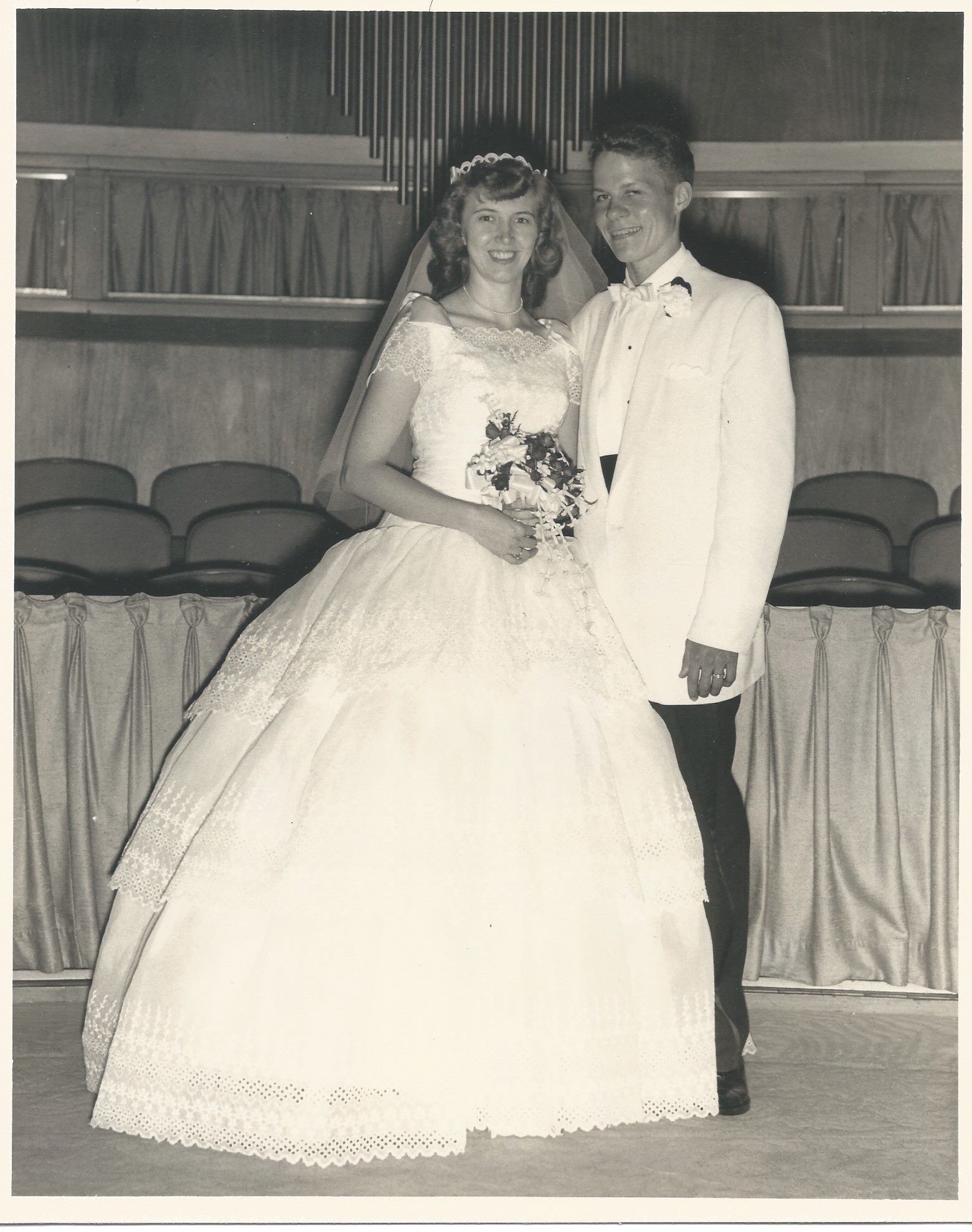 It was Christmas Eve, and we were spending the morning with my dad, who passes most of the day in his recliner—napping or staring out the window. I looked around for things I thought might interest him, a challenging exercise since he seldom tells you. Questions are usually answered with a stare or a shrug—neither of which is terribly helpful.

The night before I had sifted through the contents of his dresser and had found a reused cassette tape. The partial label on it was lightly penciled: “Wedding.” Rick and I “just happened” to have brought an old boom box with us on this trip from Minnesota, so that morning I decided to play the cassette for my dad. I put an 8×10 wedding picture on the end table next to him, pressed “play,” and waited to see if he’d respond.

Medical professionals haven’t ventured an exact diagnosis for my dad’s memory issues. Maybe it’s Alzheimer’s, maybe it’s “just” dementia, maybe it’s the accumulation of years on his stroke-scarred brain. All we really know is that we don’t know what’s going on inside his head—and, for the most part, he lacks the ability, the vocabulary, or the energy to tell us. Sometimes his poker face cracks into a smile—a sign of recognition or understanding—but for the most part, we are left guessing.

As the cassette tape began to play, the grainy but full-bodied sound of an organ came through. From the sounds of the music, the occasion could have been a wedding or a funeral—and as the minutes ticked by, I began to think the latter more likely. The label must have been as outdated as the cassette. I hit fast forward. The dirge played on. Fast forward. And on. Fast forward. And on, until finally, thirteen minutes in, the organ paused on a single tone as if to take a deep breath. Then the eight opening notes of Wagner’s “Bridal Chorus” rang out. The familiar strain gave way to the lovely soprano voice of Bonnie Plunkett, a favorite at Garfield Avenue Baptist Church: : “I give to thee my heart, my hand.” My mom walked the aisle and stood with my dad before God and all those witnesses while Bonnie sang, “As time rolls on, I’ll stay with thee, my love, my all, and cherish thee til all our years are gone.”

Time rolled on for that young couple. Their years are nearly gone. And although my dad’s weathered face gave nothing away as he listened, I was nearly in tears.

The tape kept playing. Dr. William Kuhnle welcomed the audience and proclaimed the biblical significance of marriage. He concluded his remarks by asking, “Who, then, on behalf of our heavenly Father, giveth this young woman unto this young man,” and my grandpa—whose voice I haven’t heard in decades—answered as expected, “Her mother and I.” After a spoken prayer, the organ began again, and Bonnie sang the prayer of a young couple asking for God’s direction and help in whatever the years would bring. The prayer ended with a final request: “And when life’s sun shall set beyond the hill, may we go hand in hand together still.”

The years have brought a lot, and most recently, the difficult realization that my mom—still using a wheelchair after her most recent fall—is past the point where she can be a caregiver for my dad. She made the excruciating decision to move him down the hall to the memory care wing of their assisted living facility. I don’t know if anyone tried to explain to him what was happening—could he have even begun to process a second move in as many days?—but for his good (and hers) it had to be done. On the morning of the move, they waited together in a common area until everything had been put in place and he was wheeled down the hall to his new room. While they waited, wheelchairs side by side, he took her hand in his. Hand in hand, together still.

As we listened to their wedding on Christmas Eve morning, my dad said nothing. But he listened, and at one point he reached his hand out to touch the 8×10 picture. The day before we had played Handel’s “Messiah” for him, and the day after we watched a church service with him—but much of the time, his head was low, his eyes closed. But as Bonnie Plunkett sang and Dr. Kuhnle spoke, my dad listened. As a long-ago “Richard and Nancy” recited their vows and exchanged their rings, he stayed awake. He said nothing, but he listened.

The last song sung at my parents’ wedding was also a prayer—“Savior, Like a Shepherd Lead Us.” They started their marriage asking for God’s gentle direction and care, his tender love and safekeeping. He gave it all to them.

It’s the same prayer I pray for them these sixty-three-and-a-half years later.

Savior, like a shepherd lead them. Much they need thy tender care….

Blessed Jesus, blessed Jesus. Thou hast bought them, thine they are….

Blessed Lord and only Savior, with thy love their bosoms fill….