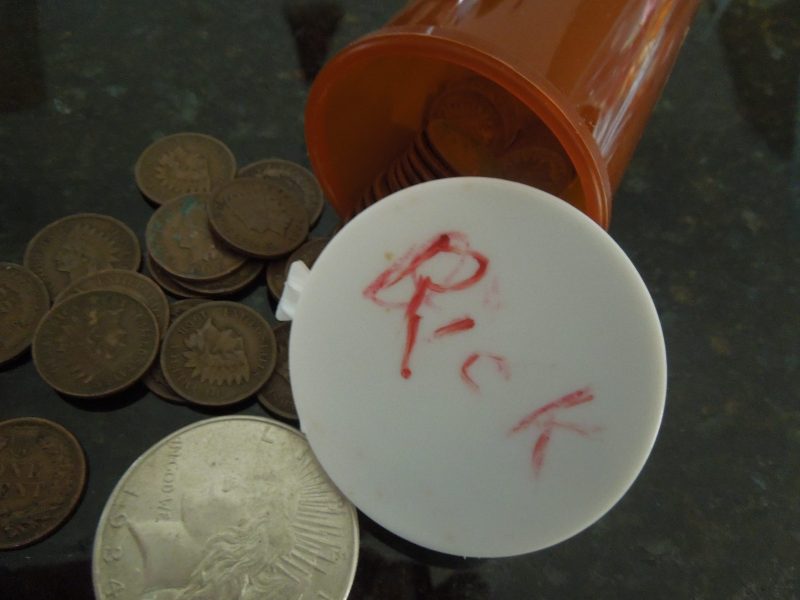 The face value of my dad’s gift was only one dollar and thirty-nine cents, hardly a fortune and barely even a gift. But it was a treasure from the man I have loved all my life to the man I will love for the rest of my life.

The recipient of the one-dollar coin and the thirty-nine pennies was my husband, Rick—a man my dad had only just met thirteen months earlier. Rick came late to the Widder family, the surprise in-law no one saw coming—least of all me. By the time of the $1.39 gift, my dad had seen his new son-in-law a handful of times: four times before he walked me down the aisle and shouted his blessing on our marriage and two times after. What my dad mostly knew of Rick is that his little girl loved him; that he had given her a home and a life and a future none of us expected; that he was taking good and tender care of her; that he was hardworking, able-bodied, and God-fearing.

The occasion for my dad’s gift was nothing special, really. Rick and I were with my parents helping them clean out in preparation for downsizing to their new condo—the move of a lifetime. Rick had spent the better part of a day in the basement with the Shop-Vac, while I helped my dad start the process of packing his office.

At the time of this downsizing, my dad was frail in body and not very keen of mind, either. His stroke nearly 12 years earlier had taken its toll on his memory and his ability to process information and communicate clearly. His best contribution to the cleaning and moving process was, honestly, to stay out of the way. He was very well aware of what was happening, and he was ready for it to happen, but he could not help my mom with the dozens of details, nor could he begin to tackle the papers, files, books, and clutter of his office.

So I spent an hour with him in the work space where he had labored during much of his “retirement”: doing administrative work for Heritage Christian School, planning and following up on board meetings for HCS and Spring Creek Church, keeping up with a network of family and friends, and even writing a book in his spare time. He had long ago whittled down his library to a few shelves, and his closet was nearly empty of all the 3-ring binders he had kept there. We focused on the file cabinets, files once meticulously kept but in a bit of disarray by the spring of 2017. While he stood nearby, I piled up a decade’s worth of old income taxes for him to shred, made another stack of papers to ask my mom about, put all the 2017 papers in a box, and threw out everything I could.

At the back of the bottom drawer of a nearly empty cabinet were a few treasures, including a pill canister with “Dick” written in red marker on the white plastic cover. “Dick” was my dad’s nickname much earlier in his life, and especially back on the farm where he grew up. He was half of the “Dickey-Bobby” duo, the firstborn sons of Hugo & Marie Widder. This duo should have been a trio—“Dickey-Bobby-Ronnie”—but their triplet brother had been stillborn. Before my dad’s tenth birthday, even the Dickey-Bobby duo had dissolved when Bobby died from a brain tumor. My dad was the sole survivor of the Widder triplets. My grandma called him “Dickey” until the day she died, and his brothers still call him “Dick” or “Dickey.”

We speculated that the writing on the pill canister was my grandma’s, but my dad couldn’t remember for sure. It seemed like the kind of thing a mother would do on a little collection of coins owned and treasured by her son.

Over dinner that evening, the four of us—Mom & Dad and Rick & I—went through the coins in the canister: a silver dollar dating back to when dollars were still silver and an assortment of worn Indianhead pennies. Rick commented on how special the collection was and how much it must have meant to my dad at some point in his life. My dad shrugged as if to say, “That was a long time ago.” After dinner, the pill canister went back to his office, and we went on with our evening.

The next morning as Rick was loading our pick-up for the trip home, my dad shuffled out to the driveway. He stood and watched for a few minutes, and then he said he had something he wanted to give to Rick. He reached out his hand with the pill-canister coin collection, turning the cover toward us to read. Over the red “D” of “Dick,” he had written a red “R”—passing on what could have been a little treasure from his boyhood to his new son-in-law, a greater treasure to him in his very old age.

More than a year earlier when—via an email letter—I had told my parents that I was dating Rick, a total stranger to them, I said that he reminded me a lot of my dad. My dad never responded to that statement—perhaps because he was not able to put his thoughts into words or perhaps because we Widders aren’t a very gushy bunch. But I like to think that the little red “R” written over his own “D” on that little coin collection was my dad’s response, his stamp of approval on the man I had married.

I have a lifetime of memories of my dad—and all of them are treasured and sweet. He is an exemplary man in every way. In the years since his stroke, my dad has been a different man—he has struggled to do things that once came easily, and he has lost so many abilities we all take for granted. But even though his capacities have diminished, I am still his little girl—and that will always be the greatest treasure of all.