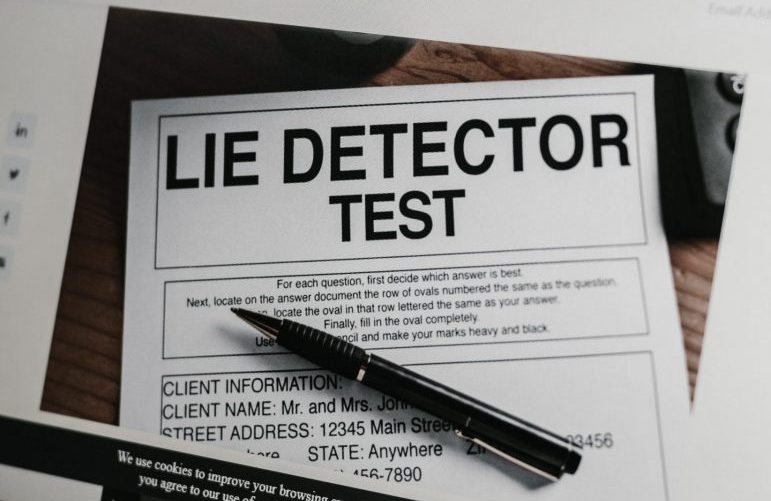 “I was a high school cheerleader.” This is my go-to statement that usually guarantees a win in the ice-breaker game, “Two Truths and a Lie.” After each person says three things about themselves—two that are true and one that’s not—everyone takes a turn guessing the “lie.”

It’s not always easy to tell the difference between the truth and lies—especially in a world with as many voices and words as ours has. Sorting out deception could be a full-time job (and if you work for the website Snopes, it is).

Deception is the issue that distresses the psalmist of Psalm 120: “Deliver me, LORD, from lying lips, from a deceitful tongue” (v. 2). After acknowledging God’s past deliverance (v. 1), the psalmist reveals that his present distress is that he’s surrounded by a bunch of liars.

Nobody likes being lied to. Lying can have catastrophic effects, depending on the nature of the deception and the relationship. But even so, that this is the psalmist’s desperate situation catches me off guard. I can imagine situations much more dire than being around liars—say, being around people who attack you or kill you. In other psalms of lament, psalmists beg for deliverance from “tens of thousands assail[ing] me on every side” (3:6) and from people who “will tear me apart like a lion” (7:1).

But truth and lies are huge topics in the Bible, beginning with the serpent’s lie in Genesis 3 and going all the way to Revelation 22, where liars are included in the lineup of Really Bad Sinners barred from everlasting life with God (vv. 14–15).

Lying is the concern at the beginning of these pilgrim songs because our relationship with God is dependent on words that are true. God has spoken to us—but the only way we can know this God and understand how to live in relationship with him is if we hear the truth and accept it as truth. If what God has said gets twisted, we get twisted.

We only have to look back to the first sin to realize this. Satan wormed his way into Eve’s mind by asking, “Did God really say…?” He has been whispering the same thing ever since.

The psalmist pleads for deliverance from liars. But liars aren’t just “out there.” If we look closely, we’re likely to find one “in here.”

We lie to ourselves in different ways—but I suspect most of us struggle to speak the truth about ourselves. We are prone to believe we can take care of ourselves. We trust that our bank account, our ingenuity, our health, our abilities will do the job. We trust ourselves for our own self-preservation, self-promotion, and self-image.

But God alone is the source of strength. It’s never us. And we lie to ourselves if we believe otherwise.

Deliver me, LORD, from the lies I tell myself: God doesn’t hear me. God doesn’t care about me. God doesn’t really want the best for me. I’m pretty good. I can do this on my own. I’m really not such a bad person.

Deliver me, YHWH, from lying lips and from a deceitful tongue—whether they are my own or those of the voices around me.

Photo by Ashkan Forouzani on Unsplash