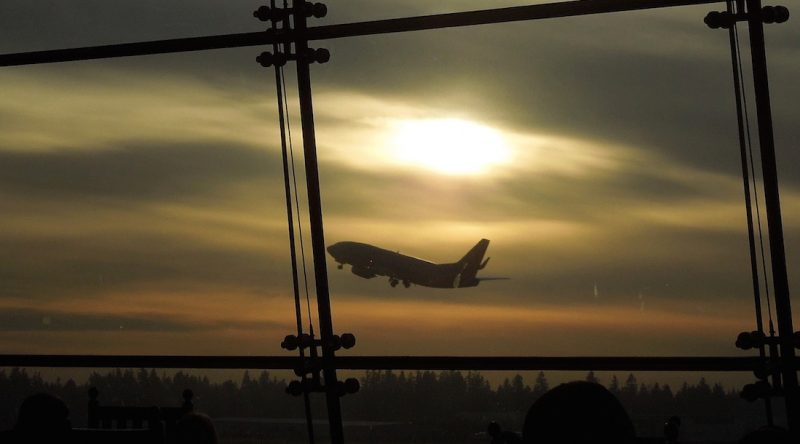 As I stared into the porcelain bowl of a hotel bathroom on Sunday night, I wanted two things. First, to stop puking, and second, to go home—in that order. A stomach bug when you’re an airplane trip away from home is magnified misery. Think TSA, crowds, and carry-on luggage. Think airplane bathroom. Think seat-in-its-upright-position.

On Monday, Rick and I sat at the A4 gate at Gerald R. Ford International Airport in Grand Rapids for nearly three hours before we could board our flight for Minneapolis. What I mostly said to him while we waited through delay after delay was “I want to go home.”

My dad spent his weekend saying the same thing for different reasons. Landing in the hospital with a severe case of pneumonia, he was agitated and unhappy to be there—and told anyone who would listen that he wanted to go home.

“I want to go home” has had a number of different meanings for my dad over the past few years. On a March day two years ago as my mom drove them home from running errands, she decided their salt-streaked car needed a wash. She stopped at a place near their condo, paid the ten dollars, and then, as she put it, got the “two-for-one special”—as their car moved through the car wash, water started dripping on the inside of the car. The suds followed. Soppy and soapy and stuck, she started laughing. She laughed all the way through the wash, as she dried them off on the other side, and all the way home. But my dad—who would’ve found it just as funny at an earlier time in his life—could only process the misery and say (repeatedly), “I just want to go home.” What he meant is that he wanted to be in his warm, dry recliner—not the soppy (but clean!) passenger seat of their sparkling car.

When he was in the hospital over the weekend repeating that he wanted to go home, a family member asked, “Dad, do you mean you want to go to heaven?” No—that’s not what he meant. He wanted to go home. Yesterday he was moved back to his own bed in his own room at the assisted living facility, and my sister reported that he was a different person. He’d been able to go home.

Home keeps changing for my dad. And, having been transitioned to hospice care this week, he’s not too far away from one more home—a heavenly one.

But even that home won’t last forever, thankfully. If you just flinched, hear me out. When my dad takes his final breath here, his spirit will be with Jesus. He will be so happy to be with his beloved Savior and to be free from his suffering—what a day, glorious day that will be! But his body will be left in his bed. It will be put in a casket that costs way more than the “pine box” he’s always said we should get, and it will eventually turn to dust in the darkness. He will be a disembodied spirit dwelling in heaven—and as wonderful as heaven may be, my dad wasn’t created for that. He, like the rest of us, was made to be an earthling—formed (metaphorically) from its dust and made to live on it. He, like all the disembodied saints he joins, will live in his last temporary home as he awaits resurrection, a new body, and God’s making of a new heaven and a new earth, where God will live with us forever. What a day, even more glorious day that will be!

My friend Mike Wittmer sums things up like this:

“The Christian hope is not merely that someday we and our loved ones will die and go to be with Jesus. Instead, the Christian hope is that our departure from this world is just the first leg of a journey that is round-trip. We will not remain forever with God in heaven, for God will bring heaven down to us….We don’t hope merely for the day when we go to live with God, but ultimately for that final day when God comes to live with us” (Rev 21:1–4).*