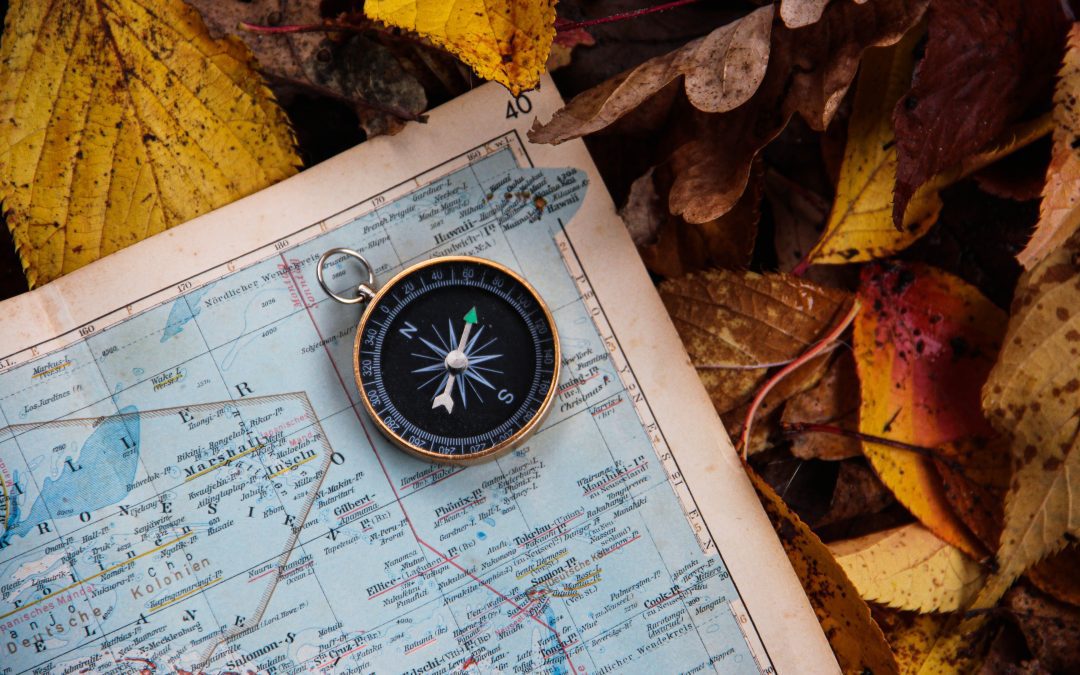 As sure as the compass points north, I was lost. That night I was driving in downtown Minneapolis for the first time, having moved to the area only a few months earlier. A single woman without a smartphone, I fought the suffocating darkness—both within and without—as unfamiliar street names blurred in my rearview mirror.

Hours earlier, I had punched the figurative clock in my home office and grabbed a freshly printed Google Map before heading out. I shifted my little Elantra into gear and steered it in the direction of downtown to meet out-of-state friends in town for the night. The Google Map proved true, and I parked near the restaurant we had picked, right on time. After a delightful reunion and delicious dinner, my friends and I bear-hugged and said goodbye.

Climbing back into my car, I locked the doors and waved as I pulled away. I started around the block—back from whence I came. Or so I thought. Before too many blocks had passed, I realized I didn’t know where I was or, worse, where I should be going.

My MO was to keep moving—there would be no pulling over in the downtown darkness to get my bearings. My right hand shifted from second to third gear and back down to second, as I turned onto streets that looked busy enough not to land me in a dark alley or a dead end. The rhythmic shifting steadied my hand as I scanned the streets for something, anything, that could recalibrate my internal compass.

Somewhere along the dark route, a light appeared where lights are usually unwelcome: on my dashboard. Low tire pressure. Great. Two decades earlier, my dad had taught me how to change a tire, a single lesson that unfolded in broad daylight in the driveway of my parents’ suburban home. Without any subsequent practice, I had no confidence in my ability to change a tire anywhere, much less in the shadows on a city street.

I don’t remember how long I maneuvered about unfamiliar streets, but eventually a highway sign appeared. I would have taken any highway—east or west, north or south—just to get out of where I was, but I was thrilled to see a “W” on the sign. I may not have known where I was, but I at least knew I was “E” of my apartment. Relief flooded tense muscles, and I turned onto the ramp. When nothing suggested that the low tire pressure light meant imminent disaster, I accelerated to full speed (and then some) and drove until I recognized enough landmarks and street signs to get my bearings.

Twenty minutes later, I dropped my keys on the kitchen table, tossed my purse on the floor, and collapsed on the couch. There is no place like home—even when you don’t know how you got there.

What’s your most memorable experience getting lost?

Photo by Denise Jans on Unsplash